I tried to use Emacs22-gtk with MULE to take notes simultaneously in French, English, Spanish, Vietnamese and Japanese. But I never could understand how to convince MULE that ả was the same as ả - in some cases it can print it correctly, in some other cases it can't, but most of the time it's can't (e.g. when I try to read a file using utf-8 encoding or to type using the VIQR input method). It has two different internal representations for the same Unicode character, and can sometimes display said character and sometimes not. See below what M-x describe-char tells me about those two different characters: 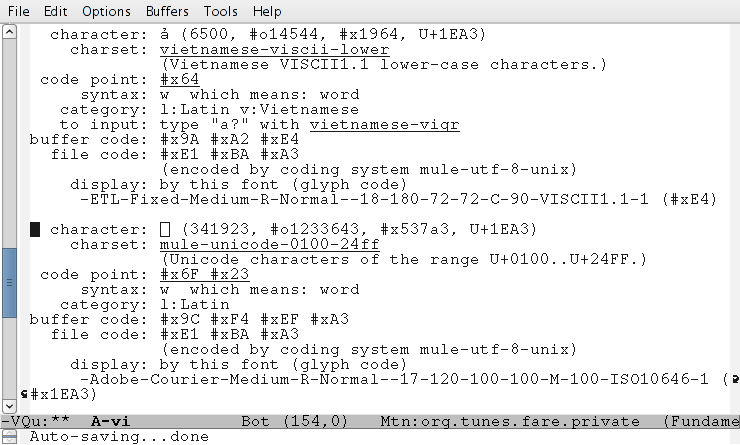 Does anyone know how to configure MULE to sort out this mess? Or is there a better editor to edit in many such languages? [Note: using Debian lenny on an EeePC]

Update: thanks to a commenter below, I tried Emacs23, with success.